Before construction of the Shangri-la Hotel Toronto was completed, I was already given permission to shoot a gigapixel of the view from the one of the top floors.

After the BC Lions 2012 CFL Western Finals game, Ashley and I flew to Toronto. We stayed at the Shangri-la Hotel as well.

We arrived during the early hours of November 19, 2012 and on that same day, we went up to the unfinished Penthouse on the 65th floor. However, upon seeing the place, it was obvious that we would not be able to shoot a decent panorama from this unit was not possible because all sides were obstructed with glass panels. To our unexpected delight, we were escorted to the roof (yes, the roof!) which was the 68th floor. It turned out to be one of the best places to shoot a gigapixel photo. Unfortunately, it was very hazy. We were told that on a very clear day, one could see as far out to Lake Ontario and even Rochester, New York.

Ashley and I spent the whole afternoon up on the roof, taking as many photos as we could and enjoying the once-in-a-lifetime access to such a view. We even waited for the sunset!

Special thanks to Hweely Lim.

Ashley and I had the opportunity to shoot the BC Lions CFL Western Finals vs the Calgary Stampeders at BC Place on November 18, 2012.

I shot a BC Lions game last year from the stairwell during the re-opening of BC Place. But for security reasons, the stairwell is no longer accessible during events. With the help of Duncan Blomfield, Marketing and Communications Manager of BC Place, we were able to find a good and perfect location.

I’ve been wanting to create a full 360° gigapixel panorama of Vancouver for a very long time now. It hasn’t been done before. I also wanted to shoot it from one of the tall buildings in the downtown core.

On November 9, 2012, with clear blue skies, I was able to execute this project from the roof of Shaw Tower in Coal Harbour.

The image was created in 4 sections – a panorama set was captured from each of the 4 corners. These 4 sections were then merged together to create the full 360° view. The 5,396 megapixel image is made up of 676 photos. However, because the glass panels of the building were in the way, not much of the view looking down towards the city was captured.

BEHIND THE SCENES
All photos courtesy of Ashley Drody

Continuing with more tests in an attempt to create a gigapixel photo from the air, I chartered another Helijet flight on October 25, 2012. For this attempt, I mounted the Clauss RODEON VR Station robotic panohead inside the helicopter and had the doors removed.

Because the German-made Clauss RODEON VR is one of the fastest panoheads available, I was hoping to shoot a gigapixel photo under 3 mins. And by using a fast shutter speed along with the fast rotation of the RODEON VR, I’d be able to compensate for the stabilization and vibration issues of the helicopter.

BEHIND THE SCENES
All photos courtesy of Ashley Drody

Unfortunately, I didn’t anticipate the wind factor. The wind was pushing us around giving Capt. Dudley Jacobsen (in the photos above) a difficult time trying to maintain a steady hover. In my attempt to resolve the stabilization issues, I over-compensated and set the Clauss Rodeon to shoot too fast. These 2 factors caused missing frames in the panorama.

Another attempt will be made in the coming weeks weather permitting. I have to recompute the rotational speed based on the lens and camera exposure settings.

Thanks to Capt. Dudley Jacobsen and Helijet for their invaluable help and assistance for this project. Special thanks to Ashley Drody for the behind-the-scenes photos.

I took a couple of days far away from the problems and worries of life. I’ve been wanting to visit Emerald Lake Lodge at Yoho National Park for a very long time. I finally decided to just drop everything I was doing (or had to do) and spend several days there. I was "unplugged" from the world – no cellphone, no internet, no TV, no radio. It was absolutely peaceful and freeing just to take in the beauty of the lake, the mountains, and the view. No noise, no distractions.

I had a lot of time to capture the beauty of Emerald Lake. These are probably the highest resolution photos ever captured.

About 20 minutes away from Emerald Lake are Lake Louise and Moraine Lake both in Banff National Park.

And finally, on my way home, I spent an hour capturing the beauty of Rogers Pass National Historic Site of Canada at Glacier National Park.

Voices in the Park, a fund-raising concert to benefit the Sarah McLachlan School of Music, was held on September 15, 2012 at Stanley Park in Vancouver BC.

I volunteered my services to create a gigapixel photo of the crowd and integrate it with GPXtag. Concert goers will be able to find themselves and their friends, then tag and share on Facebook and Twitter. From the GPXtag interface, people will also be able to donate to the Sarah McLachlan School of Music.

Special thanks to Isaac Kinakin of Scene Ideas for providing the help and assistance, and especially to Michelle Noble of brandLIVE for making this gigapixel project possible.

I was asked by Kristy Springer of Radarworks to shoot a gigapixel photo of Microsoft’s Private Company Meeting held at Key Arena in Seattle, WA on September 13, 2012. The gigapixel photo was designed as a game for the employees to find a Windows Phone in the crowd.

The shoot was difficult because of the many limitations and restrictions imposed by the production company contracted to stage the event. For a company meeting, I assumed that lighting would be good and bright. However, the venue was lit much darker than a typical concert. There was insufficient lighting to shoot a gigapixel photo. The camera couldn’t find any contrast to focus properly in certain areas. To solve the problem, I manually triggered the camera as the GigaPan EPIC Pro moved from one point to another. In spite of the difficulties, the image turned out well. Radaworks and Microsoft were pleased with the final image.

Since it was a private event, I wasn’t allowed by Microsoft to post the image on this site.

I always want to push the limits of technology and create something no one has done yet using existing tools. Is it technically possible to shoot a gigapixel photo from the air using a robotic panohead such as the GigaPan or the Clauss Rodeon VR? This seems to be difficult to achieve because of so many factors, primarily the stability of the robotic panoramic head on a hovering helicopter and the time to complete a single panorama.

To get a feel of the process, I chartered a helicopter from Helijet on Aug 26, 2012. I spoke with Capt. Erin Johnstone who was very cool about the idea after explaining to her my objectives. For the 60 minute test flight, I just shot handheld using a Canon 5D MKII with an EF 24-105mm f/4L IS USM. We flew over various spots of Vancouver. During the flight, Erin explained to me the flight restrictions over Vancouver such the the minimum hovering height, flight boundaries, etc. – info that I have to consider if and when I go ahead with the full gigapixel project.

Here are the test panoramas from the flight. Each panorama is made up of about 30 individual photos stitched together. As you can see, there are many issues. But as a test, the images came out well considering that this was my very first attempt. 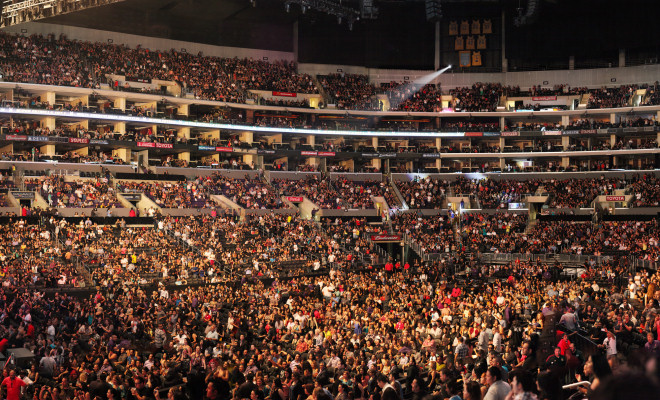 After more than 10 months of planning and development, GPXtag has finally launched! 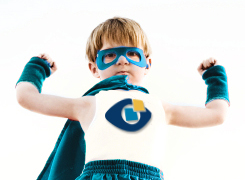 Gigapixel photo tagging has been growing in popularity for several months now. However, all existing platforms are Flash-based, have limited features and functionality. Some don’t provide TRUE Facebook tagging, and not one provides any Twitter image tagging.

First, I wanted to create a platform that will work on smartphone and tablet devices. Therefore, it should not use Flash. Second, I wanted to have a very simple, clean, fast and intuitive interface. The focus should be the image – buttons and tags should not clutter or cover-up the image. And third, I wanted to provide true social media integration and sharing functionality with both Facebook and Twitter.

GPXtag is the FIRST and ONLY non-Flash based Facebook and Twitter gigapixel photo tagging platform that works on the iPad and Android devices.